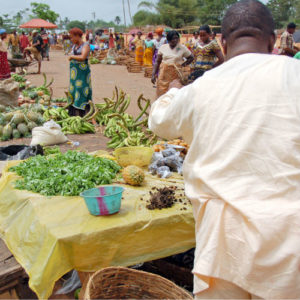 1. Nigeria
With a GDP of $376.284bn in 2017, Nigeria has the highest GDP in Africa on top of having the largest population. With a current population of 195 million based on the latest United Nations estimates, Nigeria is a powerhouse of economy and development compared to its neighbours. With an abundance of natural resources, some of the country’s biggest exports include oil, cocoa, and rubber. In fact, Nigeria is Africa’s largest crude oil supplier. Not to mention the rich agricultural sector that’s responsible for 18% of the country’s GDP and almost a third of employment. Ranking first in Africa in terms of farm output, Nigeria’s main agricultural exports are cocoa, peanuts, rubber, and palm oil. 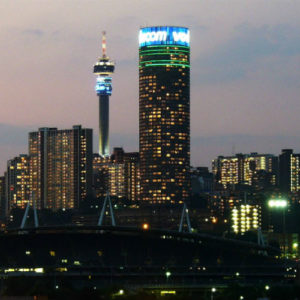 2. South Africa
South Africa has the second largest economy in Africa, after Nigeria, with a GDP of $349.299bn. Statistics were higher than expected for 2017, seeing as the country’s economy grew by 1.3%, just higher than the National Treasury’s expectation of 1.0%. The highest performing industry to contribute to this growth was agriculture, followed by mining and manufacturing. A demand for manganese ore, chrome, iron ore, and anything used in the production of steel helped spur on this growth. Some of the country’s key exports include corn, diamonds, and fruit. Considering that South Africa is the world’s second-largest producer of gold, it should come as no surprise that this precious metal is also one of the country’s main exports. 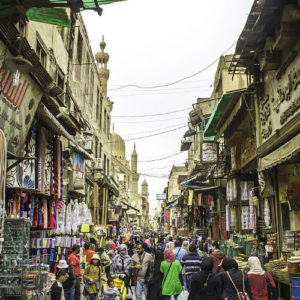 3. Egypt
Egypt has a long, rich trade history with plenty of ups and downs. After the 2011 revolution, foreign exchange reserves fell considerably. Reserves fell from $36bn in December 2010 to only $16.3bn in January 2012. The revolution also negatively impacted the country’s economic growth, urging the government towards economic reform that’ll focus on sustainable growth. The GDP in 2017 was $237.037bn. Some of the country’s main exports include petroleum, insulated wire, video displays, and gold. The biggest non-petroleum based industries are tourism, textile production, food processing. 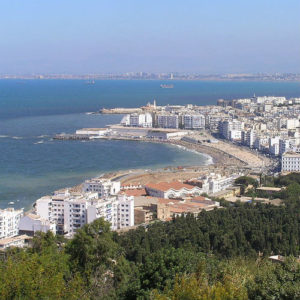 4. Algeria
Algeria had a nominal GDP of $178.287bn in 2017, but the country’s economic growth slowed down in the same year due to a slight decline in hydrocarbon production. Petroleum and natural gases are the country’s most important mineral resources, with the biggest exports being either mined or manufactured, while agriculture plays a comparatively minor role. However, examples of some of Algeria’s principle farm crops that are exported are wheat, oats, citrus fruit, olives, and dates. 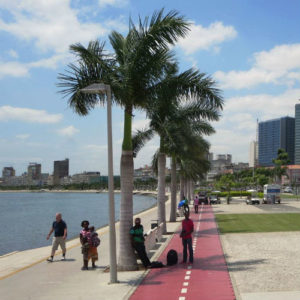 5. Angola
Angola is still plagued by a 27-year-long civil war that began immediately after becoming independent from Portugal in 1975, before finally coming to an end in 2002. But the country’s economy picked up considerably in the years following the war and is today considered one of the fastest-growing in the world, despite recent struggles with the global oil market. In 2017 it had a GDP of $124.209bn, but the sharp decline in global oil prices have caused GDP growth to drop to 1.5% from 10.3% pre-2014. The government intervened by cutting expenditure, increasing non-oil revenue, and devaluing the kwanza. Angola exports crude oil, petroleum products, diamonds, fish, fish products, coffee, sisal, cotton, and lumber and its biggest industries are oil, diamonds, agriculture, and fishing. 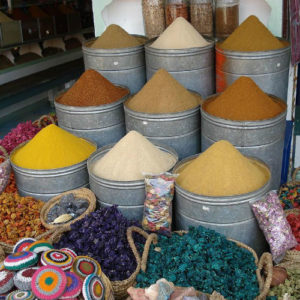 6. Morocco
Morocco’s GDP was $109.824bn in 2017. The services sector accounts for just over half of GDP and industry a quarter, made up of mining, primarily phosphate rock mining, construction, and manufacturing. Tourism, telecoms and textile sector recorded the highest growth. Important exports excluding phosphates are electric components, inorganic chemicals, transistors, citrus fruits, vegetables, and fish. 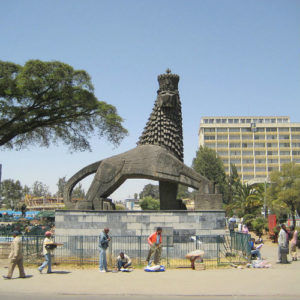 7. Ethiopia
With a 2017 GDP of $80.874bn, Ethiopia has one of the fastest-growing economies in the world and has the second largest population in Africa. According to the IMF World Economic Outlook, growth for 2018 is predicted at around 8.5%. The country’s accelerated economic growth is driven largely by industrial activity, seeing investments in infrastructure like the Grand Renaissance Dam and a light rail system, as well as manufacturing. Some of Ethiopia’s major exports include coffee, leather, textiles, natural gum, spices, and mineral products. Agriculture is perhaps the country’s largest industry seeing as the banking, telecommunications, and transportation sectors are dominated by state-owned companies. 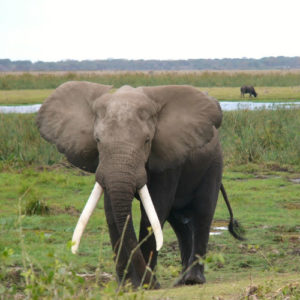 8. Kenya
Kenya had a GDP of $79.511bn in 2017. Trade is a crucial part of the country’s growth. According to www.heritage.org, the combined value of exports and imports equals 38 percent of GDP. The agricultural sector dominates Kenya’s economy. The country’s main industries are agriculture, industry and manufacturing, and services. With a rich agricultural sector, Kenya produces tea, coffee, sisal, pyrethrum, corn, and wheat are grown in the fertile highlands. Livestock predominates to the north and east, while coconuts, pineapples, cashew nuts, cotton, sugarcane, sisal, and corn are grown in the lower-lying areas. Tourism also plays a big role in Kenya’s service industry despite taking a downturn due to security issues and negative publicity. 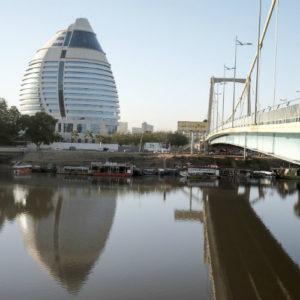 9. Sudan
Sudan had a GDP of $58.239bn in 2017, averaging 4.26% in terms of annual growth rate from 2005 until 2017. Despite the significant growth, Sudan still faces an array of problems such as political conflicts and lack of basic infrastructure in large areas. Most of the population also relies heavily on subsistence farming. Coupled with the aforementioned issues, a lot of Sudanese people will stay at or fall below the poverty line. As for the secession of South Sudan, the country lost three-quarters of its oil production in 2011, a massive blow considering that the oil industry drove much of Sudan’s GDP growth since 1999. As a large Arab nation, Sudan has a rich history dating back to the time of the ancient Egyptians and Nubians. As a result, the country is dotted with ancient pyramids that attract tourists from other Arab and Western countries, subsequently contributing to Sudan’s tourism industry. A few of the other leading industries include cotton ginning, cement, soap distilling and pharmaceuticals. The country’s main exports are oil and petroleum products, cotton, sesame, livestock, groundnuts, Arabic gum, and sugar. 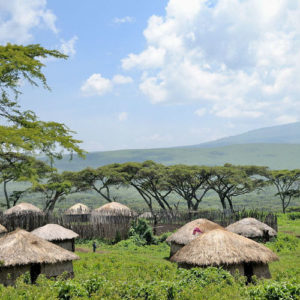 10. Tanzania
In 2017, according to the IMF, Tanzania’s GDP was $51.725bn. Half of the country’s workforce find employment in the agricultural sector, while the rest are divided between mining, manufacturing, food processing, and telecommunications. The heavy reliance on agriculture makes Tanzania vulnerable to environmental shocks and commodity prices. Some of its main exports are minerals like gold and diamonds, coffee, cotton, tea, and tobacco. Tanzania’s tourism is also on the up. Approximately 38 percent of land area is set aside in protected areas for conservation, but are used as game reserves and national parks. The country is also home to Mount Kilimanjaro, attracting the attention of international tourists who want to visit the sleeping giant. 17.5% of 2016’s GDP came from tourism and is anticipated to keep increasing.